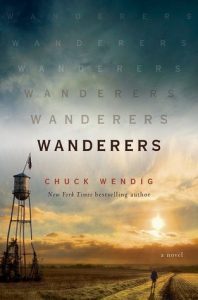 I enjoyed this book quite a bit! Plenty of other reviewers will tell you (including a plethora of quotes on the back of the book itself) that it’s similar to other “end of the world” stories like King’s The Stand or McCammon’s Swan Song, and kind of is, in parts at least. But those parts aren’t great.

In fact, what interested me the most here was the first two-thirds of the book which focussed less on the upcoming pandemic and more on the walkers. Why are they walking? Why are they impervious to needles? Why do they not need sustenance? Intriguing stuff! It’s therefore a bit unfortunate that the final explanation is a bit rote and not quite as satisfying as I would have liked.

Once we get into “apocalypse” territory, the book swerves back onto the well-worn road of good vs evil that you have read elsewhere a hundred times before. The main antagonist is – believe it or not – a racist, republican, redneck drug-dealer. Who would have thought it? It’s unfortunate because some of these cookie-cutter villains are at odds with the more well-developed characters from the earlier parts of the story (Shana in particular is excellent), and the story ended with a rather confusing epilogue that didn’t quite work for me.